Counting Down to November 24th: 30 Reasons to March

During the 30-day countdown to the Anti-Austerity March on November 24th, starting on October 26th, we’ve been publishing a Reason to March each day – scroll down the page to view them all. They can also be downloaded in PDF format. There are, of course, many more reasons to march against austerity: why not visit our Facebook page and leave your own ‘Reasons to March’?

The November 24th Anti-Austerity March is being organised by the Dublin Council of Trade Unions together with the Spectacle of Defiance, the Campaign Against Household and Water Taxes, and the Communities Campaign Against the Cuts.

It will start from the Parnell Square at 1 pm on November 24th.

Reason 30: We Can’t Take Any More Of This

Why should we march today?  Because we can’t take any more of this. 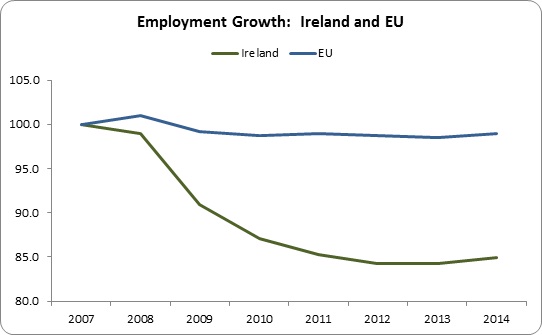 We can’t take any unemployment, poverty, deprivation, falling wages and incomes, emigration and lack of hope.

We have an alternative:  investment, taxation on higher incomes and the ending of public spending cuts.  It has been modelled, measured, and costed – and it is superior to the Government’s policies.

Some will say that marching won’t do anything.  They are wrong.  Your voice matters.  Your presence matters. We all matter.

Why should we march?  Because people matter and today can be the people’s day.

Reason 29: Because There Is An Alternative

On December 5th the Government is set to introduce yet another round of cuts.  Their answer to the failure of austerity is – more austerity.

We are told that the Government’s hands are tied – that we’re in a bailout and must do as the Troika says.  This is not true.  As long as we make progress towards shrinking the deficit, the Government is free to introduce a Budget made up entire of tax increases, entirely of spending cuts, or a combination of the two.

Research by the Nevin Economic Research Institute and others has shown that such an approach will create more jobs and growth while cutting the deficit – a better outcome than a cuts-based approach. .

Why should we march? Because it’s time to start making the right choices.

Reason 28: We Have the Money

We are constantly being told ‘we are broke’, ‘we’re in receivership’, ‘the government has no money’.  Like most refrains that come from supporters of austerity, this is not true.  The Government can access considerable resources – if they wanted to prioritise investment, growth and equality.

1.         The Government states it has €22 billion in cash on hand – money that it can easily access.  This doesn’t include the €5.4 billion held by the National Pension Reserve Fund.  While some of this money is needed to help fund future needs –even the Government admits that this is in ‘excess’ of what is needed.

Let’s use some of this excess to start an investment drive and get people back to work.

2.         There is over €100 billion in pension and insurance funds – most of which is invested abroad.  The trade union movement has put forward proposals to incentivise those funds to invest here – to stimulate growth and job creation.

Let’s bring some of our savings home to work for us.

Let’s tax those who can help contribute to growth and poverty reduction.

And if anyone says we’re broke – then why are we going to pay €6.1 billion next March to subsidise Anglo Irish debt?

Why should we march?  Because we’re not broke – we just don’t have the right priorities.

The Government thinks it is saving money by cutting.  We have seen the failure of this thinking.  So, if there are efficiency savings and productivity increases in the public sector what should we do?  Expand and re-invest.

Taking money out of the economy will only drive down growth, living standards and jobs.  But if we use efficiency savings to re-invest back into the economy, we will start to turn the economy around, strengthen our social and physical infrastructures, and repair our public finances.  It’s win-win-win.

What can we invest in?

Reinvesting savings into these activities will employ people and deliver real economic and social gains.  And then there’s the list of major investment programmes in telecommunications, conservation and environmental infrastructure.

If we use efficiency savings, it won’t cost anything but the returns will be considerable.

Why should we march?  Because we should be putting money back into the economy, no taking it out. 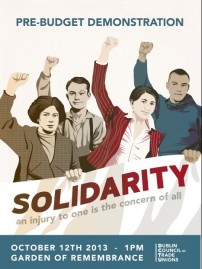 Join the DCTU Pre-Budget demonstration on 12 October: March with your Union 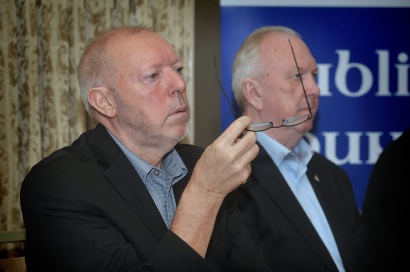 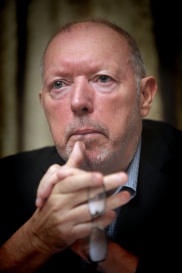 Error: Twitter did not respond. Please wait a few minutes and refresh this page.

Promote your Page too